The Jazz Café, Sandbanks is thrilled to be taking part in this year’s Purbeck Film Festival.

The festival is now in it’s 22nd year and is now showing in over 30 venues, boasts the support of actors Edward Fox and Dame Maggie Smith and aims to bring a wider choice of films (including classics, arthouse, independents and foreign language films) to an audience that is not so well served by the mainstream multiplex cinemas.

BORN TO BE BLUE

Ethan Hawke lights up the screen as jazz legend Chet Baker, whose tumultuous life is thrillingly reimagined with wit, verve, and style to burn. In the 1950s, Baker was one of the most famous trumpeters in the world, renowned as both a pioneer of the West Coast jazz scene and an icon of cool. By the 1960s, he was all but washed up, his career and personal life in shambles due to years of heroin addiction. In his innovative anti-biopic, director Robert Budreau zeroes in on Baker’s life at a key moment in the 1960s, just as the musician attempts to stage a hard-fought comeback, spurred in part by a passionate romance with a new flame (Carmen Ejogo). Creatively blending fact with fiction and driven by Hawke’s virtuoso performance, Born to Be Blue unfolds with all the stylistic brio and improvisatory genius of great jazz.

Tickets are available from the Jazz Café, The Rex Cinema, Wareham or the Purbeck Film Festival website, are priced at only £12.00 and will include canapes and welcome drink. 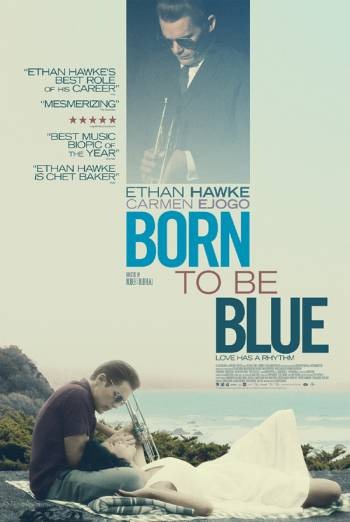